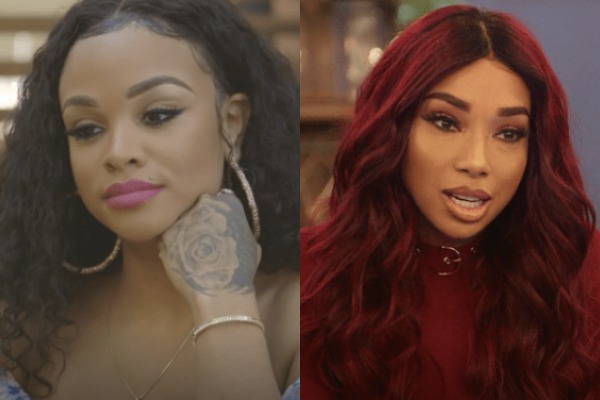 Sky from “Black Ink Crew” is in hot water online following the midseason premiere of the hit show… another heated discussion with her son Des.

Des apologized for the previous fallout that took place between them, but things escalated when Sky called her son out about a young woman saying he impregnated her. Things got too intense when Sky told Des that she should have aborted him. Moments later, Des broke down in tears explaining to Caesar what had went down with his mother.

It didn’t take long at all for Twitter to light up with reactions to Sky’s harsh words, and amongst those tweeting was Masika Kalysha.

The LHHH star happened to be tweeting about Gabriel Fernandez at the time and fans assumed her tweet was directed at Sky. Although she claims it wasn’t a sub at the “Black Ink Crew” star, she responded:

“We’re talking about #GabrielFernandez but this applies to her trash ass too. Smfh she’s canceled.”

Will Sky respond and all hell breaks loose? Or will she ignore the backlash and keep it moving? Find out on the next episode of Dragonball Z!