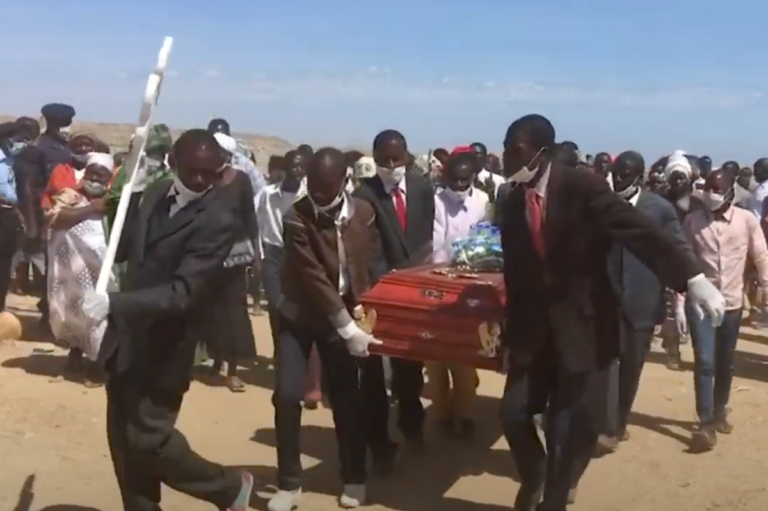 More than 1,000 people reportedly showed up to mourn the death of Francisco Tchikuteny Sabalo, an Angolan man who fathered 281 children from 47 wives.

Despite the banning of social gatherings by Angolan president João Lourenço, loved ones gathered anyway to celebrate the life of Francisco, or “Pai grande” a.k.a Big Daddy. He was described as a dedicated family man, a respected pillar in his community, and an advocate for education.

Pai Grande was a popular polygamist, who although he had a lot of children, more than one-third of them (125) died before him. At the time of his death, Pai Grande had 156 surviving children and 250 grandchildren. Prior to his death, Pai told the local news that he wanted his children to take up careers in science and technology, and shared he spends over $1,500 on school supplies annually.