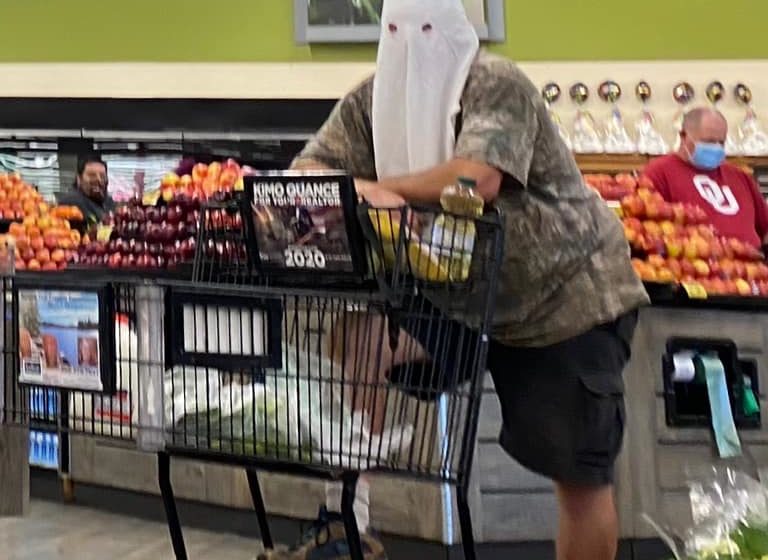 Shoppers in a San Diego, CA Vons supermarket were horrified when they saw a man walking around the establishment with a KKK hood over his head.

According to The San Diego Union-Tribune, several store employees asked the unnamed man to remove the offensive dressing; however, he refused.

The guy finally removed the racially-charged hat when the store’s supervisor instructed him either to do so or be escorted out of the venue.

Now, the unidentified man could be in trouble with the law.

Detectives of the San Diego County Sheriff’s Department are reportedly, “looking into the matter and will pursue any appropriate criminal charges.” The man could be charged with a hate crime if the facts of his offense are supported.

Santee Mayor John Minto and other leaders from the area are said to be “disgusted,” by the man, and do not condone his actions.

Santee, CA has been trying to clean up his image for years. The town used to be known as “Klantee,” because of its past racially motivated attacks and skinhead activity.

What would you do if you saw someone wearing a man wearing Ku Klux Klan?