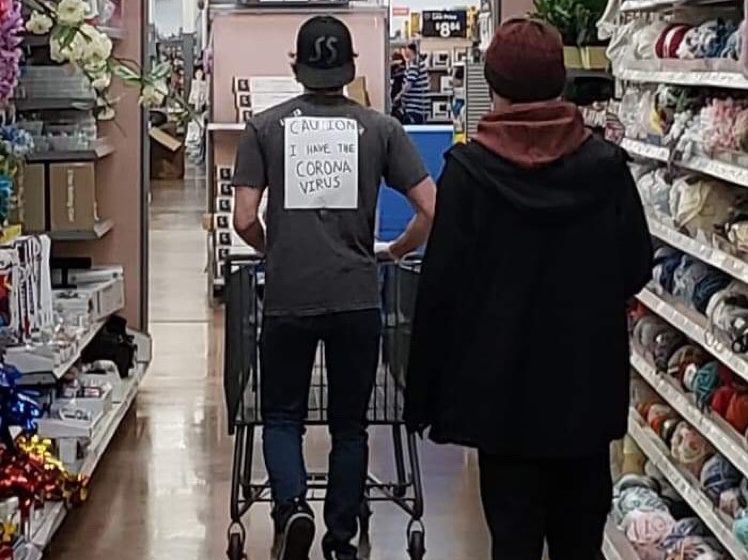 Police in Joliet, Illinois are looking for a young man who was caught on camera wearing a yellow medical mask and sign that said: “I have the Coronavirus” while spraying Lysol on produce, clothing and health and beauty items at a local Walmart, and causing almost $10k in damage.

“He was telling everyone the same thing, that he was protecting them from the virus.”

The prank was assumed to be a scare tactic for the coronavirus that has already killed hundreds in China and infected thousands before spreading to other countries, such as the U.S. Unfortunately for the man, the prank didn’t have the presumed outcome and now he faces felony charges. The man and his accomplice left the scene in a white 2003 GMC Yukon registered to Oswego, according to police.

Following the incident, the store had to be professionally cleaned and dozens of items were thrown away; resulting in Walmart’s estimated loss of produce at over $7,300 and additional cleanup costs of more than $2,400.