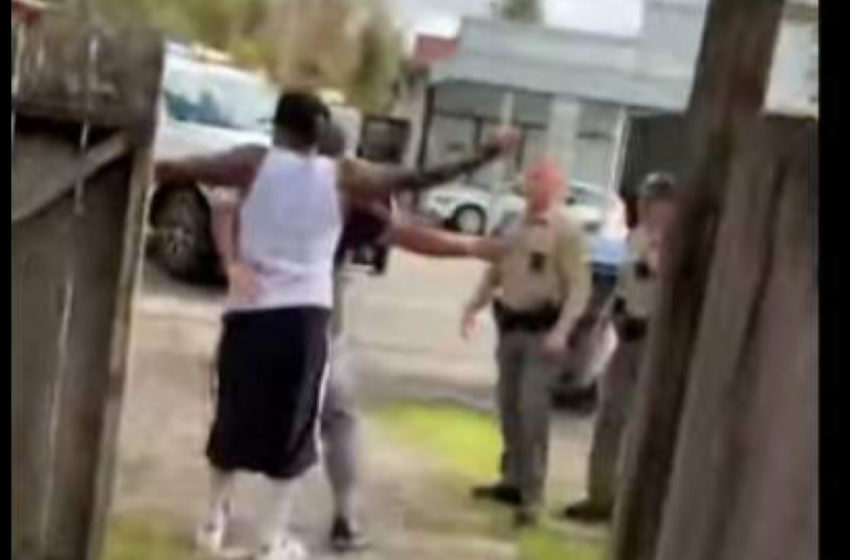 Sonoma County Sheriff’s Office went to the home of Jason Anglero-Wyrick after they received a call that he pointed a gun at a man and his wife while in his truck and drove away.

Anglero-Wyrick is on parole for assault with a deadly weapon, and his truck matched the description the police received. Once authorities arrived at the home of Anglero-Wyrick and Naustachia Green they came outside being combative.

Green allegedly stepped in between the authorities and Anglero-Wyric when things took an unexpected turn. Authorities claim that Anglero-Wyrick tried to go inside the home. That’s when one officer deployed his stun gun, and another released the K9 dog. The dog latched onto his leg leaving him bloody and bruised. Police found no gun but Green was arrested on suspicion of misdemeanor battery on a peace officer and resisting arrest. She was released and asked to appear in court, while Anglero-Wyrick was released on $5,000 bail.