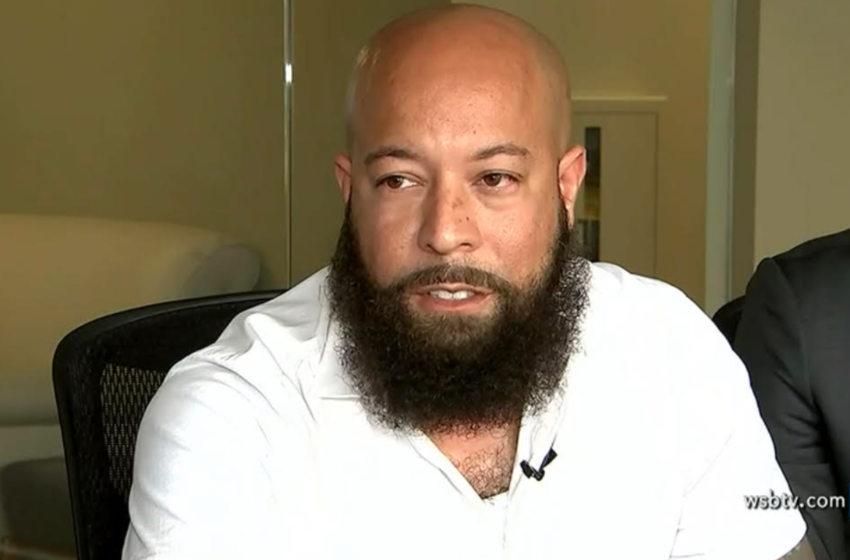 A military contractor, Darius Rice, is suing a Georgia sheriff who he claims wrongfully arrested him. The military contractor told Tom Jones from channel 2 that he was arrested and charged with sexual battery last month in connection to an incident that took place at a QuikTrip store.

Rice claims his innocence and says the case is a

of interest considering the reported

“victim is the sheriff’s wife,”

her inside of the QuikTrip store. Rice said he was questioned by the sheriff and immediately denied all allegations saying,

Rice noted that he mistakenly bumped into the sheriff’s wife, April Tinsley, who is deputy, while in the store, and he claimed she was looking down amid the time of the encounter.

When Rice was arrested, many people filmed the encounter. Reports noted that the Sheriff is filmed saying,

Rice’s girlfriend, Ashley Jackson, also captured the shocking arrested and reports noted that April Tinsley snatched Jackson’s phone and tossed it in the their truck. The married couple was allegedly taking an inmate to Ware County at the time. Shortly after, the two women got into a dispute after Tinsley claimed Jackson attacked her.

Rice’s attorney admitted that officials who looked at the video of the alleged sexual assault says that Rice appeared to have mistakenly bumped into Tinsley at the store, while another cop says the woman

“was backing away from the counter when it happened.”

Rice’s attorney questions why he is currently facing charges.

Reports added that The Henry County Sheriff’s office is now investigating the incident.