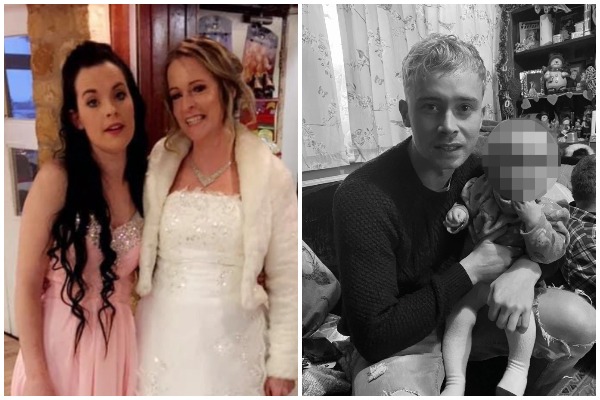 It’s something straight off the Maury Show: a woman in England says her baby daddy left her just a few days after birth for another woman. Who was the homewrecker? Her own mother.

Jess Aldridge says that she was always a little suspicious of how friendly her boyfriend Ryan Shelton and her mom Georgina were while living together during the quarantine, The Sun reports.

“We were stuck together for months in the house during lockdown,” Aldridge recalled. “It was so hard, especially as Ryan and Mum were always being so flirty. I felt so uncomfortable, it was a horrible experience.” The flirting included staying up late drinking Bacardi, and her mom’s booty shorts. “It was disgusting. She would wear these short dresses and be all touchy-feely with him on the sofa,”

Her gut feeling came true a few weeks ago, after Jess gave birth to the couple’s second child. By the time they were released from the hospital, Ryan had already moved in with Georgina. He sent her a text while she was still in the hospital telling her that he no longer wanted to be together due to her accusing him of cheating.

“It’s the ultimate betrayal. You expect a new grandmother to fall in love with the baby — not the father,”

she told a news outlet.

The two apparently have no shame about their betrayal and have already made their relationship Facebook official. Jess says she and her mom’s ex are both devastated.

“My mum told me she can’t help who she falls in love with, and Ryan told me the same thing. It was a huge kick in the teeth, they had been planning it throughout my whole pregnancy. She is meant to be a granny to my two children and helping me look after them, but instead, she’s off shagging my boyfriend. I’m heartbroken and I’ve lost everything — my mum and the father to my kids.”

#Clique, how would you react if your mom stole your significant other?