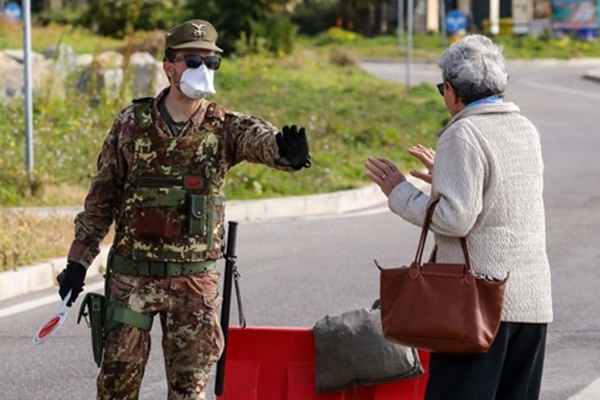 AFP or licensors via The Sun

There is a man from North of England, who went to Italy with his mistress, but he told his wife that he was going on a business trip in the UK. When he got back from his affair, he started to feel sick. Thus, he went to the hospital, and they found out he has Coronavirus.

When the doctors asked the man in his thirties how he got it, he came clean to them. However, he told them not to tell his wife. Now he is quarantined at home with the Mrs., and she has no idea how he really got it.

If she finds out how he got actually contracted it, then Coronavus will be the least of his problems.

Quite a story, no? The public health officials feel the same way, and that is why a source told The Sun everyone is talking about the cheating husband.

“His case would be funny if it wasn’t quite so serious.

“The man confessed what he’d been up to in Italy, and that his wife has no idea.

“She thinks he just picked up the disease on his business trip away.

“Although the patient admitted to medics what had happened, he said nothing would persuade him to name his mistress.

“Despite his infection he is expected to survive the outbreak, unlike his extra-marital relationship.

“He thought he had the perfect alibi to carry out his affair, but hadn’t reckoned on the coronavirus meltdown. The patient is just relieved he got home before flights were cancelled – that would have taken some explaining.

“He’s in a blind panic, but more about his adultery being exposed rather than his health.”

A source to The Sun

This makes me miss the show “Sex Sent Me To The ER” which used to air on TLC. This is something they so would have done in dramatization with really bad actors.