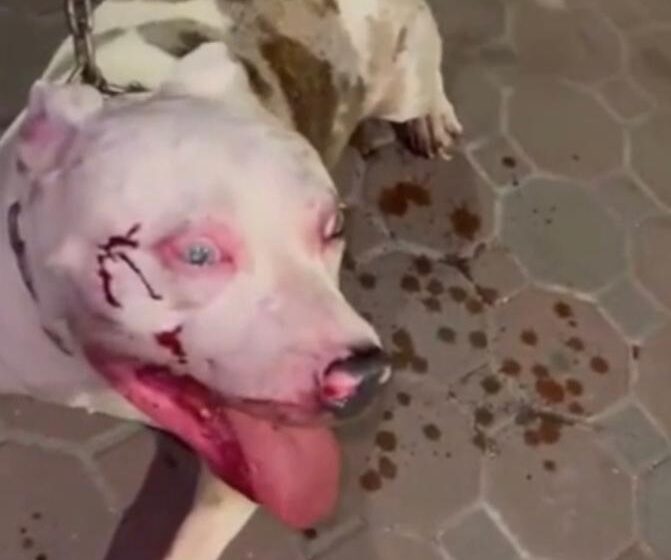 A video has gone viral of a man being dragged with a leash for reportedly abusing a dog. The video was posted on frenchie.bandsome’s Instagram story.  At the beginning of the video, you can see a dog breathing heavily while bleeding from the side of its face.

Shortly after, the alleged animal abuser was dragged by another man with a leash. You can hear people in the background saying,

The person who is dragging the man proceeds to punch him while he is on the floor. The people in the background continue taunting the unidentified man who was being dragged while accusing him of harming the dog.

There have no reports of who owns the dog and it’s unclear if the man who was dragged abused the dog. However, spectators who witnessed the man being dragged can be heard accusing the man of animal abuse. According to Daily Dot, the dog, whose name is Prada, is in stable condition.