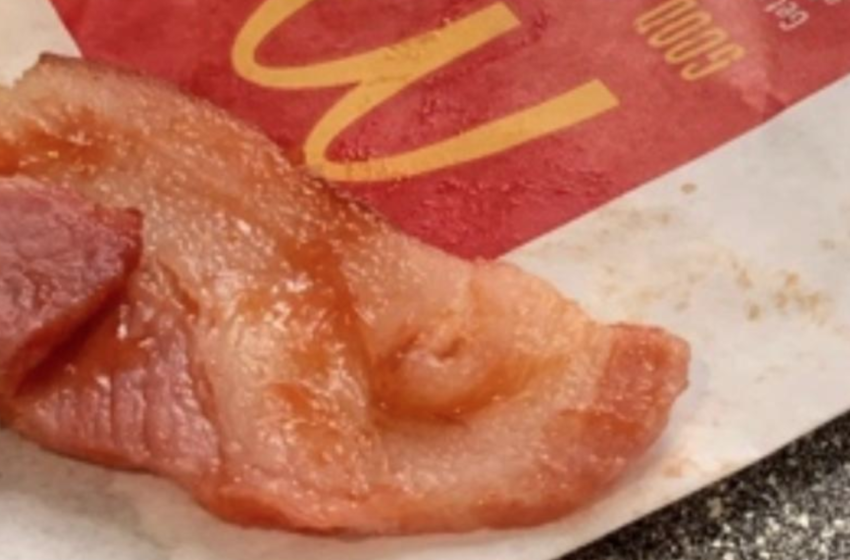 A British man is so turned off by McDonald’s that he may be converting to a vegan diet. The New York Post reported that the man discovered a pig’s nipple embedded in the fast-food restaurant’s bacon roll. Simon Robinson shared photos of his meal throughout the internet and told Indy100.com that after his horrible experience he may possibly become a vegan. He said,

“To open it up and to find that was revolting. It has put me off meat entirely. So much so I’m considering going vegan now.”

Reports say the man has OCD, and once he opened up his sandwich he immediately became disgusted by what he observed. He said,

“I know you can find (a nipple) on pork belly but I didn’t ask for a pork belly roll. I asked for a bacon sandwich… I dare not eat it but I did eat the rest of the roll.”

However, a representative from the franchise claimed Robinson has made a mistake in his observation. According to the representative,

“We use back bacon in all of our bacon rolls and due to the location that this cut is taken from, we are confident this customer is mistaken in his claim. We understand the customer is liaising with our Customer Services Team who are offering further assistance.”