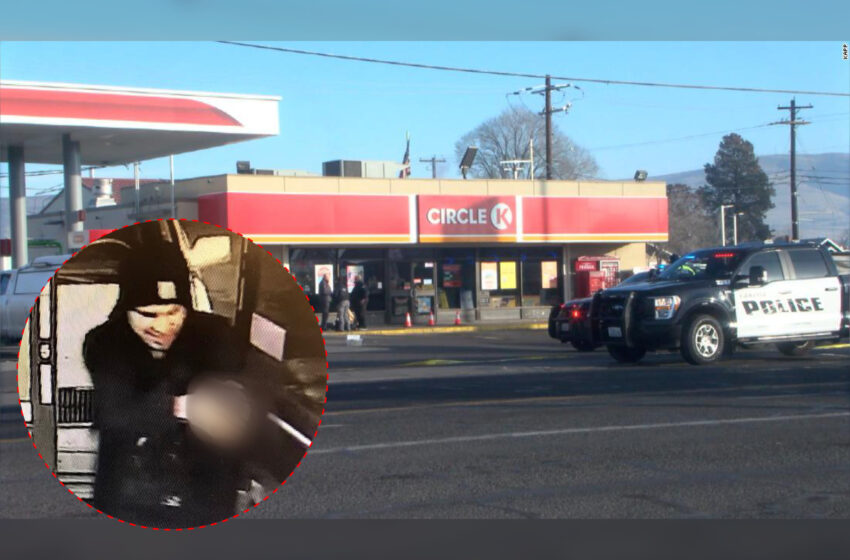 On Tuesday, January 24th, at around 3:30 A.M., Jarid Haddock drove to an ARCO gas station in Yakima, Washington. When the 21-year-old pulled on the doors and discovered that they were locked, he walked across the street to a Circle K convenience store. According to CNN, Haddock then fatally shoots two customers that were waiting for their food and walks away. After he leaves the store, Haddock kills another person that was standing outside, before crossing the street to return to his vehicle and flee the scene.

“There was no interaction between him and people,” explained the Yakima Police Chief, Matt Murray. “They were just sitting there getting food and got surprised by this person who came in. . . And literally as he was opening the door, he started shooting these people.”

Later that day, Haddock asked a shopper inside a Target if he could borrow her cell phone. When the woman agreed, she heard him confess to his mother about the killings. “I killed those people,” the witness heard him admit before saying he planned to kill himself next. After he returned the shopper’s phone, she immediately notified police.

“I listened to that call- it’s pretty harrowing,” Murray said. “I have to really thank her again, because she was very courageous in getting us there.”

Minutes after being provided with his location, Yakima police arrived to the Target and found Haddock hiding behind nearby warehouses. As officers attempted to approach him, Haddock fatally shot himself in the head, NBC reported.

Though the identities of Haddock’s three victims have yet to be released, it was discovered that the suspect has a history of criminal activity. In March of 2020, he was arrested for fleeing police after being pulled over for stealing a car that had been left running. Haddock later completed a diversion program, despite violating its terms after being discovered using methamphetamine or heroin.