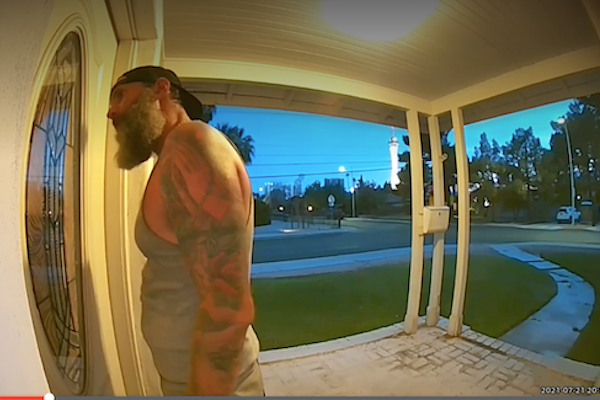 A man was arrested after he threatened to “rape and kill” a woman who was home alone at her Las Vegas apartment, thanks to the Ring camera footage she posted.

Amanda Nowak said she was by herself when a man she did not know was outside her door trying to come in. Her husband accessed the microphone on the camera and asked him what he wanted.

What I’m looking for is the girl in the house cause I’m going to rape her and kill her. Can you have her open the door?” he says, adding he has a knife and gun.

She called 911 but the man walked away. He was later found by police because someone recognized him from the footage. The unidentified man was charged with stalking, coercion, and obstructing a police officer.

Clique, what would you do in this scary situation?