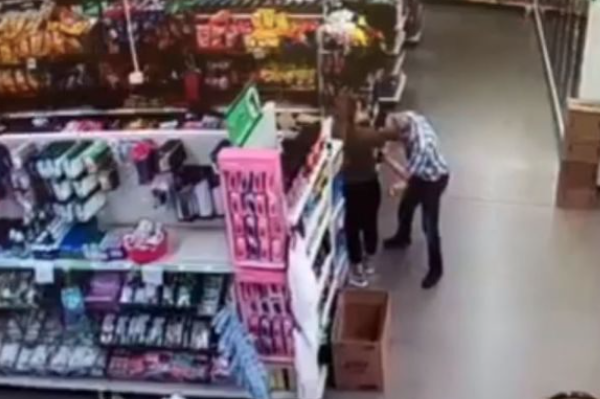 Rex Howard Gomoll, 68, of Holly, Michigan, was arrested on assault charges for wiping his nose on an employee’s shirt after being instructed to wear a mask in order to shop inside the store.

Holly Police Chief Jerry Nash said Gomoll entered the store on Saturday without a mask—even after an executive order enforced people in public places to wear masks at all times in the wake of Covid-19.

According to CNN, Gomoll has been charged with misdemeanor assault and battery. Newly released footage shows Gomoll wiping his nose and face on the employee’s shirt, leaving behind bodily fluids.

Down below are the reactions to the video.