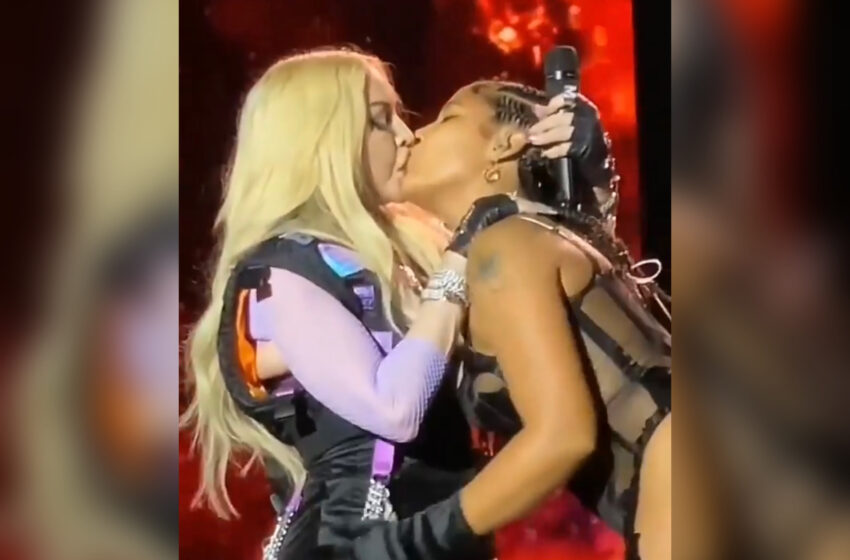 After announcing their collaboration, Madonna (64) and the Dominican rapper Tokischa (26) were spotted lip locked in the front row of Marni’s SS23 Vol. 2 New York Fashion Week event. In a video that’s gone viral on Twitter, the two are seen sharing an open mouthed kiss.

This isn’t the first time the two have engaged in public smooching. The two were seen interlocking tongues at a New York Pride event. Now fans are speculating whether the kissing has been a publicity stunt or if the two will be soon stepping out as a couple. Madonna’s daughter, Lourdes Leon, who is only one year younger than Tokischa, has yet to make any comments about the two, but most assume it’s due to her discomfort with the 38 year age difference.

The music video and song, a remix to Madonna’s 2005 hit “Hung Up” have yet to be released, and is expected to include PDA between the two possible lovers.