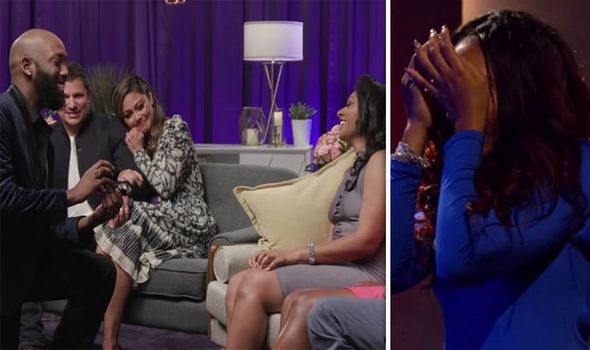 If you’ve been up on Netflix’s new love experiment ‘Love Is Blind’, the show reunion is streaming now, and we see the face-off everyone has been waiting for.

Carlton Morton and Diamond Jack had the nastiest breakup on the series. Carlton revealed to Diamond he had been withholding his bisexuality from her. The resulting discussion was nothing short of shocking and controversial. Nearly a year-and-a-half later, the reunion show took place.

This week we got to see the former fiancées face to face to clear the air about their argument and what has transpired since. During the reunion show, they both addressed the social media backlash they’ve received since the show was aired.

“It’s very awkward,” Carlton revealed. “It’s something new for me. I have gotten death threats. It brings you to a very dark space.”

“I want to make it clear that the woman I fell in love with, I never felt she was bi-phobic or homophobic and that she wouldn’t love me,” he said.

The two made amends during the reunion, and he got down on one knee and “re-proposed” a friendship with his former fiancé.

“My sole purpose of coming here today, I wanted to make it clear that I am here for you no matter what was said or what we been through,” he said, before offering her a ring. “Let’s create something beautiful throughout the darkness and today I would like for it to be the start of creating something really beautiful.”