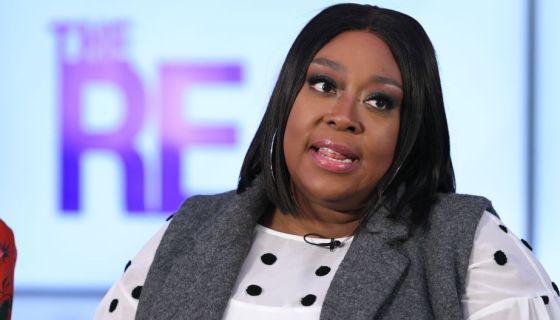 Co-host of “The Real” daytime talk show, Loni Love, is catching heat for statements she made about Black women.

In a segment for the show, Love discussed her role as an ambassador for the “reimagined” Weight Watchers program. She shared with her co-hosts different plates of foods that can be broken down into “points” for people who use the new program.

Loni wrapped up the segment by saying,

“Let me tell y’all, I did not know how to eat. Growing up in the projects, we just had to eat what we could,” as she breaks out in tears. “I know it sounds funny,” she continued, “But a lot of women in the African American community, we don’t know how to eat because we grew up that way.”

“Thank you to WW because we wanted to do this to help our brothers and sisters…everybody but especially I see ya’ll out there.” But people online weren’t here for Love’s comments about Black women’s diets.

“Loni has a deep rooted issue with black people and blackness in general that needs to be addressed. every chance she gets she pathologizes black behavior. case in point saying black people don’t know how to eat & ignoring the standard AMERICAN diet is unhealthy.”

Do you agree or disagree with Loni? Press play and swipe left below for the Twitter responses.