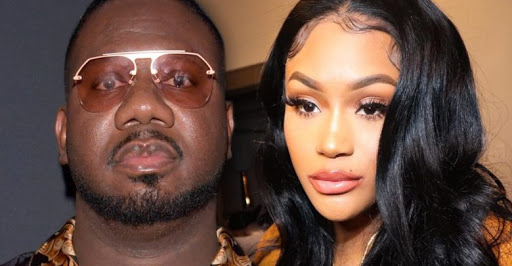 Insta model Lira Galore and record exec Quality Control CEO Pee Thomas have a 10-month-old daughter together, and they have spent the last few months in court over her.

It has been a bitter custody battle where she has claimed her baby daddy abused her both in and out of the courthouse. Last month, while in court, Lira claimed that Pee was giving angry looks, shouted at her, and snapped photos of her during the hearing.

The model says that she feels so threatened by her ex that she wants a restraining order against him and that he undergo a psych evaluation before he sees their daughter Khaleesi.

According to Bossip, he filed paperwork last week asking the judge to throw all of that out. He says that he did not display any “menacing behavior” towards her in the courtroom.

In the back and forth lawsuits between them, she is also suing him for $15 million. She alleges that he was physically abusive to her during the pregnancy and tried to win her back with expensive gifts.

Another reason rumored for their breakup is that he cheated on her. Khaleesi has a sibling that is less than two months older than she is.

Someone needs to get Lynn Toler on the case because she will have it resolved in 30 minutes.