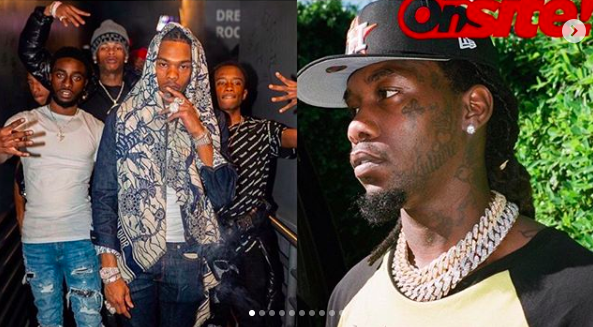 So the other night we received a phone call that Lil Baby’s rap group 4PF had gotten into a physical altercation with Migos member Offset at Compound in Atlanta.

The incident allegedly went down when Offset was previewing new music then got into it with members of 4PF, at which time they allegedly jumped him.

Now, according to some public tweets in addition to our close source, this isn’t the first time the group got into it with Offset. A simple search shows that Offset and Lil Baby have unfollowed each other on Instagram.

Now we know the owner of the club Compound, Alex, is all about his money, but would he be willing to leak the footage for the bag?? Most likely not, seeing as how he has to co-exist with these folks, it would probably just be bad for business.

Swipe left below for the speculation and let us know what you think below. ??