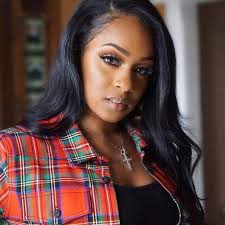 LHHNY cast member, Kiyanne, claims she was assaulted by a white Whole Foods store manager during a race-driven attack caught on store surveillance video. She says the cops refused to properly report and investigate the incident.

Kiyanne took to her Instagram, detailing the allegedly violent encounter that happened Monday night at a Whole Foods in Lake Grove, NY. Kiyanne claims employee Stephanie Kopyta attacked her in the store. The reality star says when Suffolk County police arrived, they refused to make a report and declined to review any store surveillance videos—citing that Kopyta (the store manager) said the assault never happened.

Kiyanne claims when she requested a police supervisor come to the scene, the officer lied and identified himself as the supervisor and still refused to giver her a police report.

Kiyanne posted pictures of her injuries along with clips of the rude exchange with the officer on scene.

Do you think she should take legal action in this case?