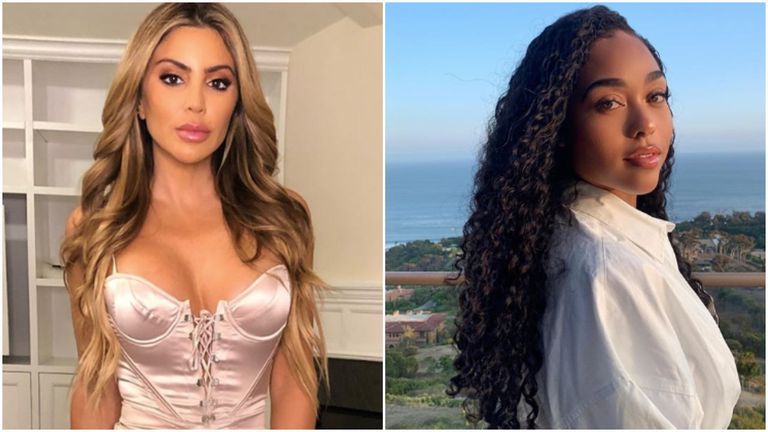 Larsa Pippen, Scottie Pippen’s soon-to-be ex-wife and close friend to the Kardashian clique, opened up about Jordyn Woods and Tristan Thompson’s kissing scandal, saying she never meant to “bully,” the 22-year-old socialite with her shady remarks.

Larsa, 45, said she’s been slammed all over social media following comments she made after Jordyn, Kylie Jenner‘s former best friend, was accused of getting cozy with Khloe Kardashian’s ex.

“I don’t bully and trash anybody,” Larsa—who recently caught heat for referencing Jordyn in a “dog” analogy—told HollywoodLife. “That’s not even my personality. I’m not even into that negative space. That’s not who I am.”

Larsa said she just wanted Jordyn to tell the truth following her appearance on “Red Table Talk,” with Jada Pinkett Smith. The mom of four-turned-social media stunner says her only concern now is focusing on her business and co-parenting with Scottie, a former Chicago Bulls player.

The photo below is Larsa’s comment before Jordyn’s first scheduled tv interview following the kissing scandal.