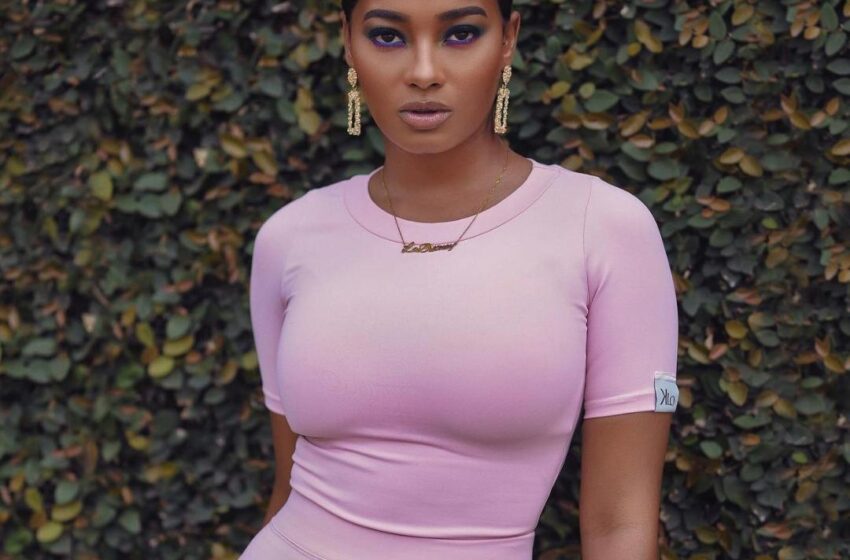 La’ Britney is back and here to stay. The former Love and Hip-Hop: Hollywood Star spoke about the new show she’s now a part of called Notorious Queens as well as her music. We also spoke about some drama that went on during the show.

It’s only the second episode and La’ Britney already has strong feelings about an opinion that was shared on the show. The Notorious Queens Star got into a small disagreement with fellow castmate Meghan when she admitted that she doesn’t mind if her man cheats on her. Well, La’ Britney’s face said it all when the comment was made, and she responded by telling Meghan don’t speak things like this into existence.

When asked to go more in depth about what she meant by her comment she replied saying,

“you have to be careful [about] the things that you speak because the power of the tongue is real. When you’re out here putting that energy out, that’s the energy you’re going to receive.”

“If you out here saying oh, I don’t mind my man cheating on me, Ok, you’re going to get you a man and he’s going to do just that—as a real woman, you don’t want your man cheating on you. We want someone that loves us, and that’s faithful to us, and that’s loyal to us. —I feel like hearing her saying that, I feel like maybe, she’s just accepting things that she’s been through in her past.”

La’Britney maintains her strong opinions however, she hopes to make the best out of the show. When asked about transitioning from Love and Hip Hop to Notorious Queens; she compared the two. She said she felt as if Love and Hip Hop highlighted the

opposed to Notorious Queens where it

The show allowed the audience to experience certain struggles she goes through which she admits to be excited about.

Overall, La’ Britney hopes to promote her business, and music as her new Single “Ducked Off” is releasing which the audience will get to see on the show. She says there’s a bit of drama on the show, however, admits that the four ladies rises above it and maintains their unity.