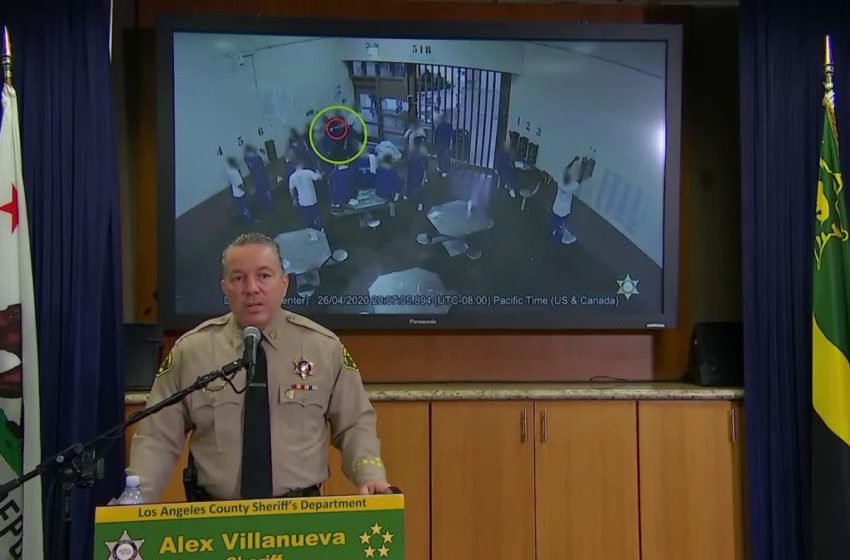 Nearly two dozen inmates in a Los Angeles detention center are being accused of intentionally attempting to infect themselves with coronavirus.

The L.A. County Sheriff Alex Villanueva revealed Monday the Pitchess Detention Center had an abnormal number of cases out of nowhere in mid-April. Officials investigated and found out that a number of prisoners were deliberately trying to infect themselves with COVID-19 in hopes to be sprung from jail.

Upon reviewing the prison block’s surveillance footage, Villanueva and his team saw the inmates hanging out in the common area, sharing a mask, and drinking out of the same cup according to CBS. It was determined the prisoners were attempting to contract the virus, get sympathy from a judge, be removed from the detention center, and returned home where they’d be placed on house arrest. All tolled, 21 out of 50 inmates did in fact catch coronavirus.

The full video below provided by CBS shows the inmates passing around the cup and a mask.