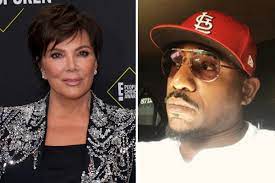 We previously reported a while back about reality star mom Kris Jenner’s former security guard filing to sue her for sexual harassment. Well, his pervious employer won’t move forward with the case unless he appears in court which the guard isn’t willing to do.

The “Keeping Up With The Kardashian’s” mommager ex guard goes by the name of Marc McWilliams. He’s accusing Kris of “of unwanted and unwelcome sexual advances and other harassing misconduct.” McWilliams employer David Shields Security who secured the job for him with the family has filed new documents asking the court to sanction the security guard.

David Shield Security wants McWilliams sanctioned to the tune of $3,310 and wants him to sit for a deposition which has been difficult because he refused. The company is also accusing him of dragging out the case for no reason. David Shield claims in the newly filed documents that, McWilliams has failed to serve any of the famous defendants.

The company feels as though the case is in jeopardy and could possibly be thrown out because McWilliams said he served the TV family at their business addresses which you can not legally do. A judge has not yet ruled on the motion for a deposition.