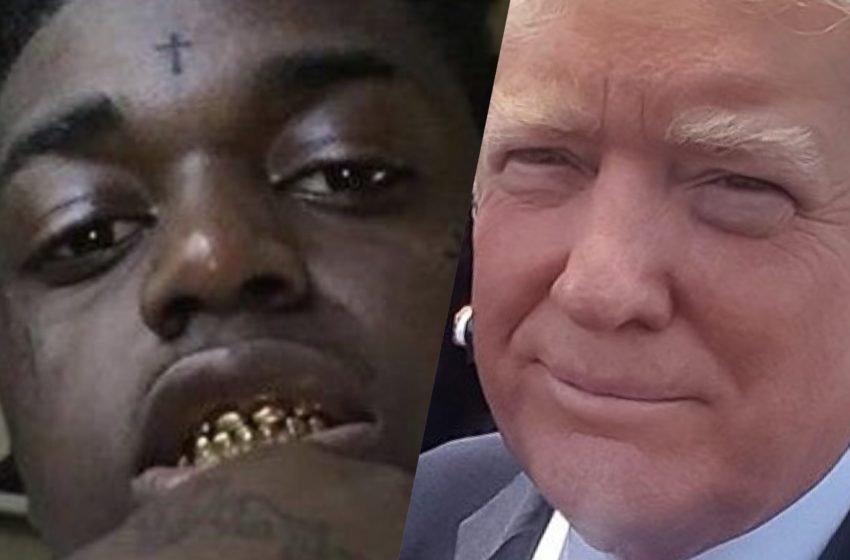 Kodak Black is hollering at Donald Trump to “pull up” on him in prison.

In the days since y’all’s lil POTUS and his wigglet suggested injecting disinfectants could extinguish the Coronavirus outbreak, the locked up “LockJaw,” lyricist has publicly requested a face-to-face conference with the Head Of State to discuss a “brilliant idea,” he’s devised. Black is even willing to put his life on the line for his masterful scheme, telling the president he can “kill” him if he doesn’t like the plan.

Publishing his jail-visit invitation to Trump on Instagram Sunday, Kodak tagged his attorney in a post saying, “@lawronin, tell donald trump to pull-up on me, i got a brilliant idea.”

Sweetening the pot, the incarcerated Hip-Hop heavyweight says, “@realdonaldtrump if it’s not worth anything you can kill me! I’m ill forreal.”

He added, “I thought of something back in miami but i dismissed it kuz i be thinking i’m crazy sometimes. This s*** keeps following me tho!” Kodak went on to insist that he wouldn’t waste the Don’s time talking about his wrongful conviction.

Mindful of the CDC’s Coronavirus regulations, Kodak even promised to strapped up in his prison-issued PPE, saying to Trump, “come see me i got my corona mask on.”

Hmmmm. You think Kodak and Trump should collab on his brilliant idea?