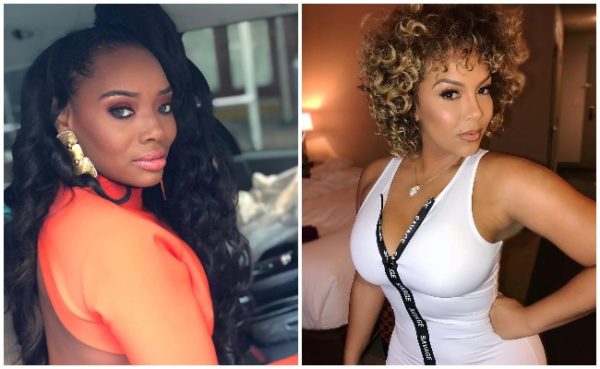 The tension between “Love And Hip Hop New York” stars Yandy Smith and Kimbella Vanderhee hit a new height after Kimbella tried to throw a drink at Yandy.

Despite both women saying they would try to repair their issues after last season’s reunion, things have only gotten worse between them since Chrissy Lampkin’s return to the show.

On the upcoming episode, Yandy ends up trying to run up on Kimbella and is welcomed with a drink being thrown at her.

What y’all think it’ll take for Yandy and Kimbella to be cool again?