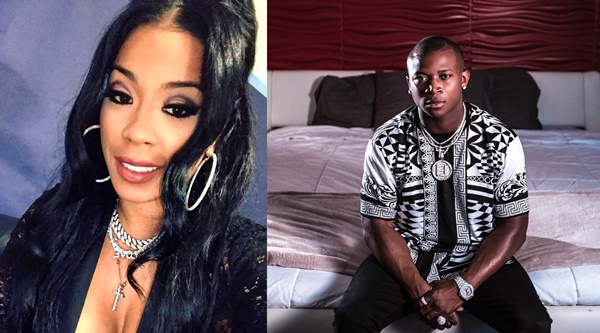 For several weeks, Keyshia Cole and O.T. Genasis have been in a nasty feud because the singer says she didn’t like what he did to her song “Love.” Now, Cole is opening up to Ari Lennox about how she felt bullied since this all went down.

The two women were talking about guns on Instagram Live early Friday morning, when suddenly Cole changed the topic to talk about what is going on between her and O.T.

“That’s why I was so…like honestly—I’m just not going to talk about that situation—but it just pissed me off so much because you know, at a time that everybody was going through so much in the Black community, getting killed and all that, getting pulled over and getting killed, and then you wanna do a whole song that I wrote about love and make it about shooting and killing and bang-banging,” she said. “It’s like, yoooo, sir. And then get mad that I say that I don’t like what you did like, turned the integrity of my music. And then just bully and bully and continue to bully.”

Cole says she spoke with MC Lyte about how “unprotected” she feels throughout this whole situation. Whenever she tries to defend herself, it just makes things worse.

“It was like no, ‘You come from the hood. You really ain’t sh*t. Your mom was on drugs your whole life. You don’t really have a right to what you feel about what you’ve created.’ More so like, ‘Lighten up. Why are you taking everything so seriously? It was just a joke.'”

According to Hot New Hip Hop, Cole claims she tried to reach out to O.T. to apologize, but she has not heard back from him. She just wants to move on from this.

Maybe if she disses his mother the way he dissed her mother, then they could finally have it out and find the “Love.”