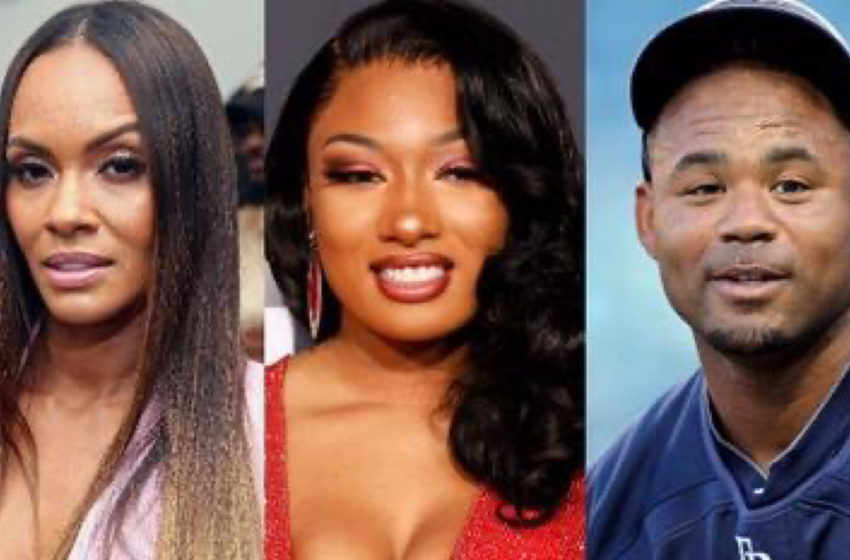 Basketball Wives star Evelyn Lozada can’t post a picture on the gram in peace without being dragged into the drama with her Ex Carl Crawford and Megan Thee Stallion.

Lozada posted a photo of herself in a 2 piece outfit from Fashion Nova with the caption,

“This hair was made for flipping ??.”

While many people commented saying they love the fit, one fan decided to bring up Megan,

“Your baby daddy is wilding.Tell him to free meg.”

“Did you ask any of his other BM’s this? #KeepMeOutOfIt.”

If you’ve been living under a rock the drama started when Megan went live on Instagram on March 1st, telling her fans how her record label 1501 Certified Entertainment and CEO Crawford, are blocking her from releasing new music.

This includes her highly anticipated “Suga” project, all because she requested the label to renegotiate her contract. Both parties have been speaking out with Megan saying,

“So now they telling a b—h that she can’t drop no music. It’s really just, like, a greedy game,” Megan explained. “I wasn’t trying to leave the label … I just want to renegotiate some s–t.”

Crawford denied all claims in a recent interview with Billboard,

“It’s a whole lie,” he said. “Nothing is true that she said. Me being greedy and taking money from her, that’s crazy. I never tried to take nothing from her. The only thing we ever did was give, give, give.”

Well no matter what happens between Megan and Carl, Evelyn doesn’t want any parts of the drama.