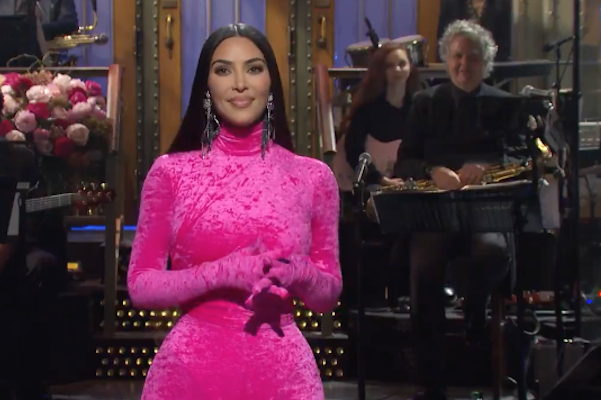 Kim Kardashian was going to roast Kanye for calling her mom a “white supremacist” on Saturday Night Live this weekend, but the rapper wouldn’t allow it, according to The Sun.

The publication reports that West made the show cut the joke, which referenced something he said about Kris Jenner in a Twitter rant in 2020. It was supposed to happen during the “People’s Kourt” sketch, where an actor playing Kanye tried to claim his tweets weren’t his.

Originally the People’s Kourt sketch had more aggressive tweets Kanye has posted. The writers wanted to include some from last summer, like calling Kim and Kris white supremacists, but Kim shut that down. Kris and Kanye agreed,” a source said.

You may remember… the 44-year-old posted a screenshot of his texts with his mother-in-law last year, showing that she was purportedly ignoring him. He captioned it “White supremacy at its highest no cap”.

Clique, why do you think Kanye axed this one but let other jokes slide?