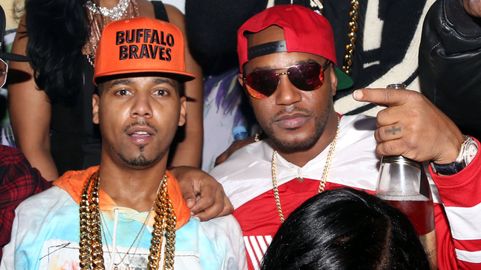 Juelz Santana and Cam’ron’s relationship has been shaky for many years now. Santana’s new song “In My Life” may have possibly thrown a shot at Cam.

The two are members of the legendary group “The Diplomats,” but the supposedly split.

“I was the loyalest n***a you ever met/Now I wish I was a n***a you never met/This was supposed to be a forever thing/Now it’s just a whatever thing long as the cheddar’s clean/I repped us over everything/Never thought these were the ties I would have to consider severing,” were the lyrics.

Neither Juelz Santana nor his wife Kimbella has confirmed that the rapper’s new song is about Cam’ron, but it clearly has to do with someone from their previous rap group.

Are these clear shots at Cam’ron or just rapping?