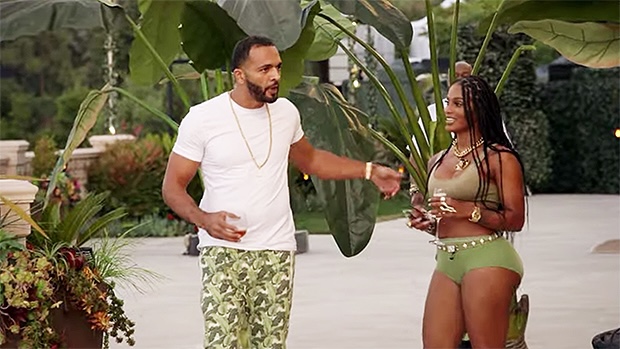 Love and Hip Hop Star Joseline Hernandez and her boyfriend Balistic got into an intense argument on the latest episode of Marriage Boot Camp: Hip Hop Edition last night.

The couples were participating in an exercise that tested each other’s loyalty. Half of the partners attended the pool party while the other half watched their partners on monitors in another room. When Balistic saw Joseline feed fruit to another guy and suggested to Bianca’s boyfriend to not say anything to anyone about what went down, Balistic really lives up to his name because that is exactly what he did.

As soon as they were inside, Balistic walked up in Joseline’s face and yelled, “What the f–k wrong witchu, feeding somebody fruit and shit? And then you tellin’ [inaudible], ‘Don’t tell nobody about what we did today.’ Man, f–k all this shit, man!”

Joseline is spicy and by the looks of it so is her man. We’ll definitely be tuning in. Have your ever done something that caused your partner to react?