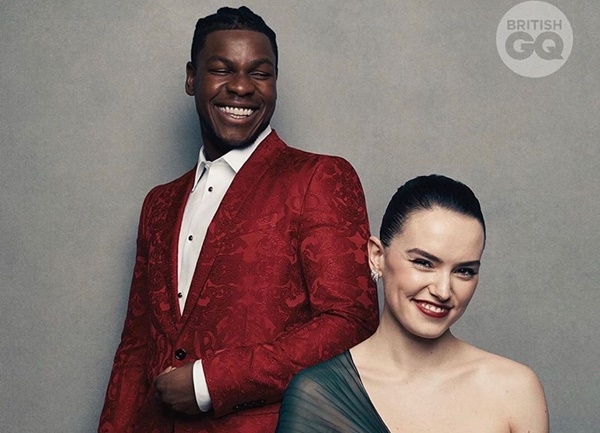 Actor John Boyega shared a photo on Instagram from British GQ with his Star Wars co-star Daisy Ridley, and his fans liked what they saw. One fan even went there.

John Boyega revealed why that is not going to happen.

lol that’s sis bro ! My engaged sis ! Besides my preference is more….erm….. brown ??

That comment was heard by his female admirers, so they chimed in with their own feelings about him liking his women “erm….. brown.”

“hey I’m single lol and a writer we can make beautiful movies together ???? “

“every sista on the planet loves you for that,single over here???♥️”

“finally a black man in Hollywood not afraid to show his love for his black queens ??”

Boyega has not been linked to anyone in a while, but I am sure that is about to change. He seems to have a lot of offers on Instagram, which one will choose?