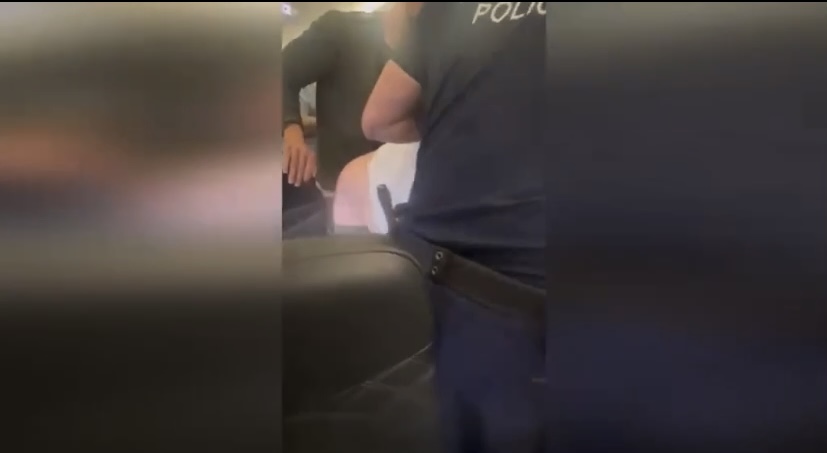 Trouble in the air. Jet2 flight, a British low cost airline, forced to make a quick detour after an irate passenger urinates on his brother causing a brawl mid air, per NY Post reports.

The video of the disruptive passenger was taken by another Jet2 customer who shared it on TikTok captioning the footage,

“Jet2 flight fight after one drunken brother pisses on the other cos he’s too drunk to walk to toilets.”

According to reports, Alfie Springthorpe was warned about his unruly behavior before the flight took off. Two hours into the flight Springthorpe, in his drunken state, decided to relieve himself on his brother, causing a full blown brawl in the sky.

“The cabin crew found one empty bottle of Ciroc Vodka, and a second bottle that was half-empty, under the brothers’ seats,”

The video shows the drunken man being dragged off the plane by authorities with the brother following behind. The two brothers are permanently banned from flying Jet2 airlines and was issued a $63,000 fine, reports said.