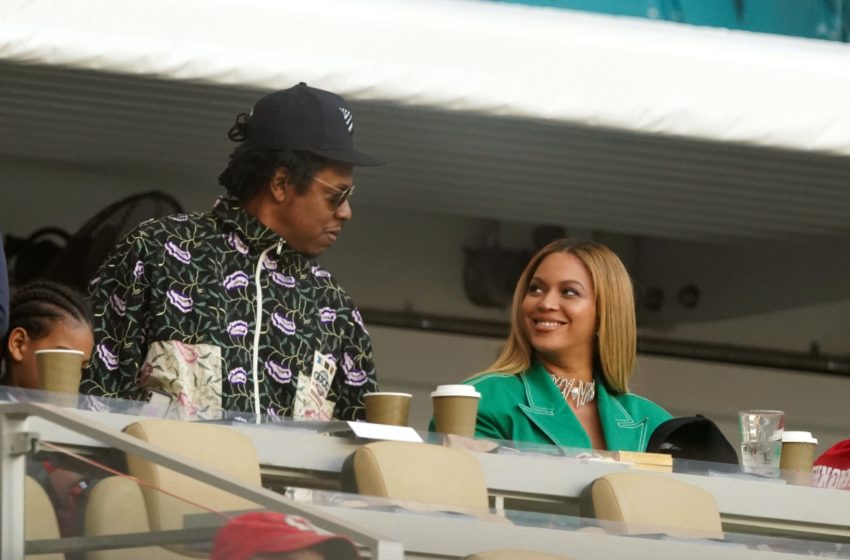 Jay Z addressed him and his wife and daughter staying seated during the national anthem at Sunday night’s super bowl and he explains it was all a big misunderstanding.

At a Columbia University Q&A as part of a lecture series on Tuesday night, a moderator asked the rapper — who co-produced the entertainment at this year’s Super Bowl — whether sitting when Demi Lovato sang the National Anthem was “meant to convey a signal?”

“What happened was, we got there, we were sitting, and now the show’s about to start. My wife was with me and so she says to me, ‘I know this feeling right here.’ Like, she’s super-nervous because she’s performed at Super Bowls before. I haven’t,” he said to laughs from the audience. “So we get there and we immediately jump into artist mode … now I’m really just looking at the show. Did the mic start? Was it too low to start? … I had to explain to them [that] as an artist, if you don’t feel the music, you can’t really reach that level.”

“So the whole time we’re sitting there, we’re talking about the performance, and then right after that, Demi [Lovato] comes out and we’re talking about how beautiful she looked, and how she sounds and what she’s going through, and her life — for her to be on the stage, we were so proud of her. And then it finished and then my phone rang. And it was like, ‘You know you didn’t …’ I’m like, ‘What?’”

So now that Hova cleared it up, what are your thoughts?