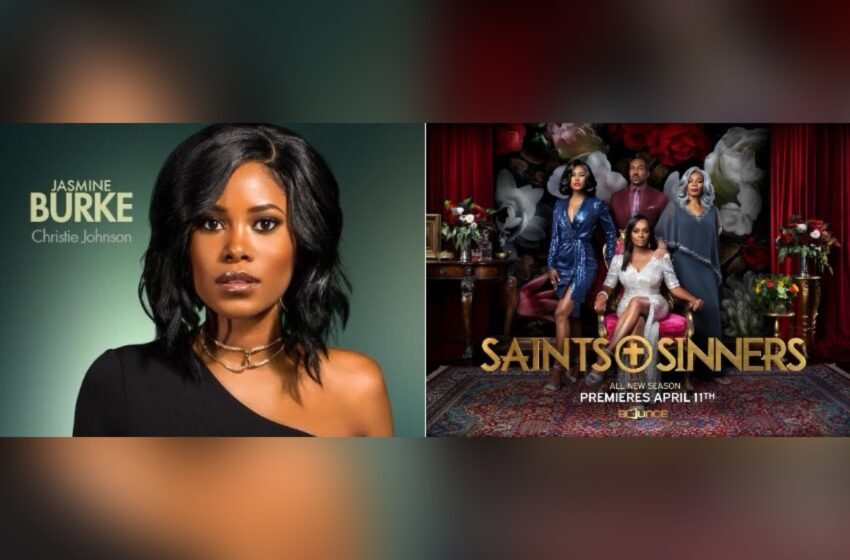 Picking up from where it left off from the show’s movie special, Judgment Day, Saints & Sinners’ Jasmine Burke teases that season 5 will be a wig-snatcher. However, she can’t drop any spoilers!

“There’s there’s not a minute of the show or any episode that is just a filler,” Burke tells OnSite!“Once the season premiere comes on, we are snatching wigs in the first two minutes. Everybody is going to be bald by the by the end of the season. The season finale — everybody’s going to be bald, because that’s just the type of show it is.”

Last season, Saints & Sinners was the number one program on television among Black viewers. Not only is the show redefining soap opera as Bounce TV’s first drama series, but Burke says it’s motivation for the cast to perform their best.

“We understand that we are so privileged to have this captive audience,” she added. “[…] The bar is the highest it’s ever been, and the stakes are the highest they’ve ever been. I just think about season six, I’m like, ‘Okay. How are we going to top this? This is incredible. It just keeps getting better and better.”

As for her role as Dr. Christie Johnson, we can expect to see her working towards redemption in the upcoming season.

“[Christie] is going to try again to break that family mold, because what has happened with is she’s just been trying to live up to the family prestige. She keeps falling short of the glory, but she’s determined […] to finally make her mark in a positive way.”

However, of course, it wouldn’t be Saints & Sinners without a little drama.

Dr. Christie’s relationship with her mother Lady Ella throughout the season will also show a bigger picture about the importance of legacy in the Black community.

“What is your legacy going to be? What are you leaving behind? What’s going to be your mark? And with all of us Johnson women — myself, my mom Lady Ella, my grandmom Lady Byrd. That’s what these three generations of women is about.”

#Clique, sure to catch Jasmine Burke hosting the Saints & Sinners pre-show via Bounce TV’s Facebook Live every Sunday. Tune in to Saints & Sinners’ Season 5 premiere on BounceTV. Also, check out the full interview below.