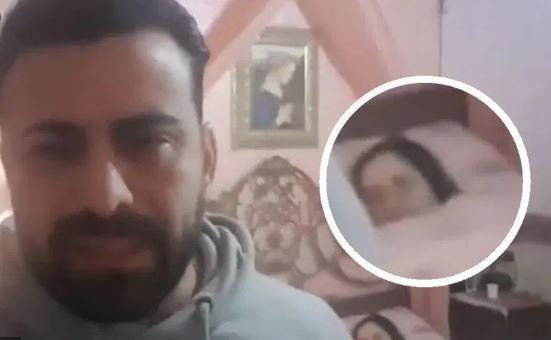 In Italy, all 60 million residents remain under lockdown over the Coronavirus pandemic. 827 deaths have been confirmed and more than 12,000 cases have been identified.

One of the deaths is that of 47-year-old Teresa Franzese, the sister of Italian actor Luca Franzese. Luca recently posted a heartbreaking video pleading for help as the body of his sister is seen in the background.

He has been trapped in his Naples home with the decaying body of his sister since Saturday because according to Luca, authorities have “abandoned” him.

“I am waiting for the institutions to give me answers since last night. Nobody came forward,” Luca said in the video posted to Facebook. “I am forced in all my pain to fight this situation — I have my sister here in bed, dead. I don’t know what to do, I can’t honor her as she deserves because institutions abandoned me,” he said.

Luca said he’s been unable to find a funeral home that would bury his sister. Teresa was tested for the virus after she died and confirmed to have been infected, according to Al Jazeera.

Luca said health officials refused to test him because they said they first had to know whether she was infected.

“Guys, we are ruined, Italy abandoned us, let’s support each other. I beg you to spread this video everywhere — make it go viral,” he added. “This is my sister, can you see her? She’s in bed, since yesterday.”

Thankfully the video was viewed by a local politician who intervened and found a funeral home for the family.