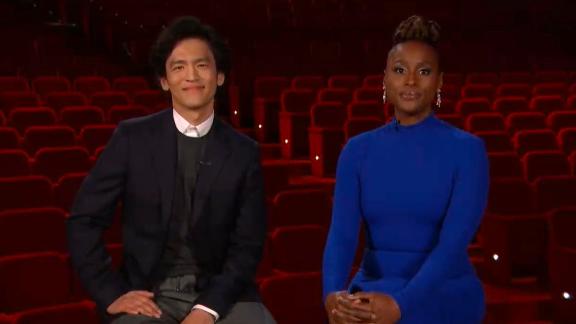 Movie director and actress #IssaRae called out the #Oscars for snubbing women in the best director category.

The 2020 Oscar nominations were revealed this morning and people have had enough. Many are calling out the Academy’s after no women got nominated in the Best Director category.

With the Oscars having been accused of overlooking female directors since its inception, Issa could no longer hold back her thoughts on the matter while she was presenting the list of nominees early Monday morning.

While presenting the nominees, Issa said,
“Congratulations to those men,” after the five male nominees were named during this morning’s livestream.

The directors that are being recognized include Martin Scorsese (The Irishman), #ToddPhillips (Joker), #SamMendes (1917), #QuentinTarantino (Once Upon A Time In Hollywood) and #BongJoonHo (Parasite).

Do you think it’s time for an #OscarsSoManly boycott?