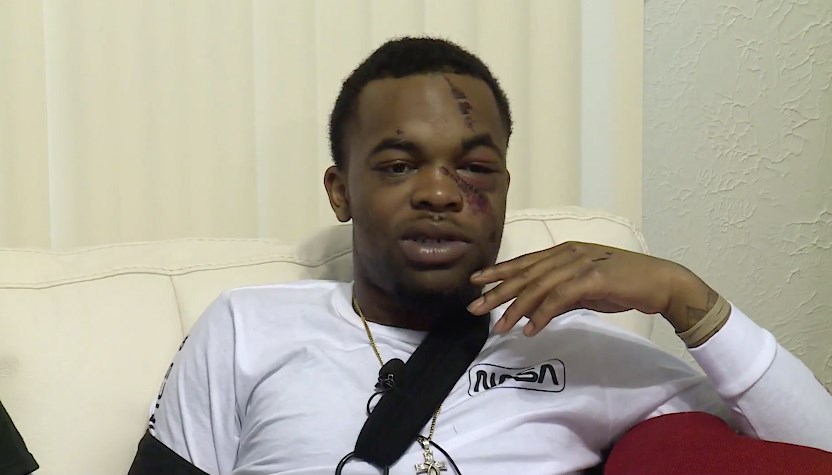 Darquan Jones was visiting his girlfriend Saturday morning when he was jumped by two white men in a racially motivated attack. Jones claimed one of the men shouted racial slurs at him during the assault.

Jones suffered facial injuries as a result of the attack. Days after the beating, he and his family are still looking for answers.

Kameron Middlebrooks—president of the Des Moines, Iowa branch of the NAACP—has spoken out, saying racist acts like this aren’t acceptable and won’t be tolerated in their city.

So far, there have been no arrests made and no official word on a description of the attackers.

Jones and his family opened up about the attack and how he is holding up in the video down below.