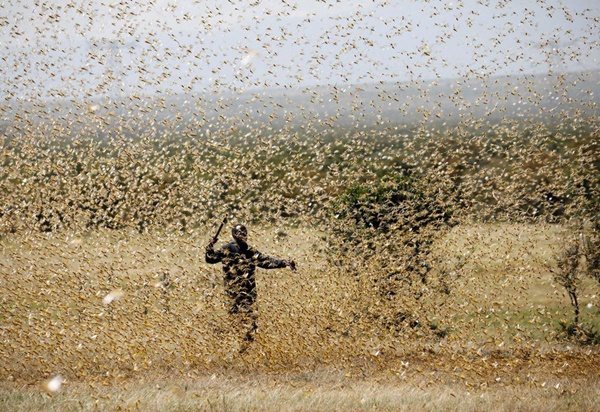 For months now, East Africa has been attacked by billions of locusts. It is the worst outbreak of the bugs in seven decades, and there is no end in sight.

“A locust swarm is terribly destructive. Each locust can eat its body weight every day and a large swarm can eat as much as 423 million pounds of plants a day. The locusts eat everything in their path.”

Therefore, farmlands are being destroyed in Kenya and Ethiopia. That means that livelihoods are also being ruined. Plus, without crops, that can bring famine to the countries.

According to the BBC, aerial and ground spraying is the best way to fight off the bugs. However, neither country has enough aircraft to combat the situation.

What else can they do? Believe it or not, ducks! The idea is not that much of a quack because they can eat over 200 locusts a day. China is hoping to send over 100,000 of them to Pakistan which is also under attack.