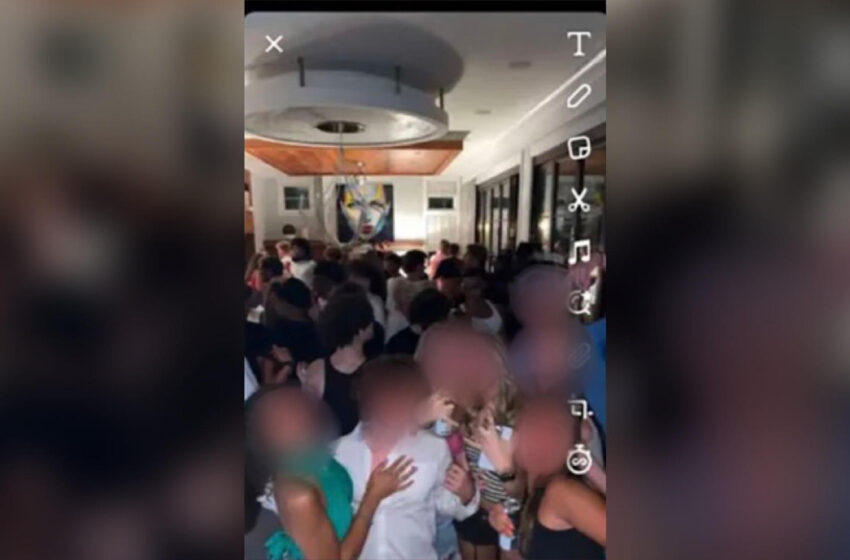 A homeowner in Florida is furious after their $8 million home was invaded and used as a party space without their permission. They’re even more enraged that no arrests have been made following the event that occurred on June 17. The owner told Fox News,

“I am shocked that basically they’re on video in my home, and they’re just getting away with it. They were helping themselves to my fridge, to my clothes, to my jewelry, to my bags.”

According to Fox News, the woman, her husband, who is an oil executive, and their children weren’t in town when the teens reportedly broke into the $8 million mansion. Music blasted throughout the home as teens partied and at one point, a boxing match occurred, according to cell phone footage. The teens also drank a $1,500 bottle of Ace of Spades alongside other costly liquors and wine from the family’s collection.

According to Corey Dobridnia, Walton County Sheriff’s Office Public Information Officer, the party promoters announced the party five days before the event as the invite circulated throughout social media. Once security arrived to the home, partygoers scattered and reports note that some people who attended stole items, which included a PlayStation 4, a $3,500 Yves Saint Laurent purse as well a signed football from Peyton Manning. When the family returned to the home, the property was wrecked.

The mother of four said,

“A lot of these kids in the pictures and videos are local. They’re football players and cheerleaders, and I’ve heard of nothing being done to them. They’re all claiming they didn’t know the house was broken into.”

Investigators admitted that they understand the family’s frustration; however, the incident is still under investigation. Reports note that investigators have interviewed over 50 partygoers who say they weren’t aware tht they were trespassing. Captain Dustin Cosson noted,

“We have to be able to prove intent in a burglary… We don’t arrest 200 people who show up at a house party. We’re looking for the people who planned the party, broke in, or stole property.”