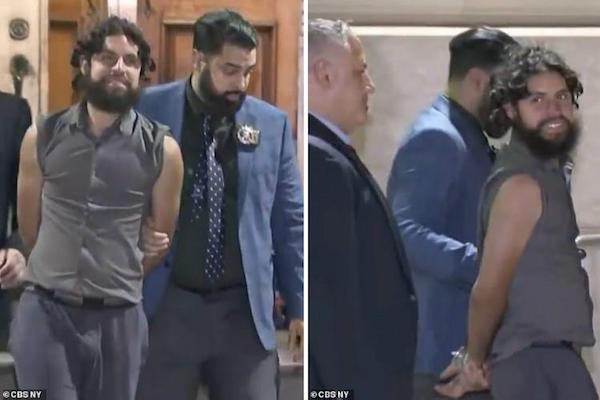 A scary encounter in the Bronx was caught on video when a homeless man grabbed a young toddler out of her grandmother’s arms and tried to take off with the child, according to WABC.

This happened yesterday near East Tremont and Baisley avenues in Schuylerville in the middle of the day. Witnesses were able to intervene and seize the 3-year-old girl from Santiago Salcedo, 27. The man ran off after the incident but was captured by police later in the afternoon.

Video shows the man carrying a blanket and sneaking up on the girl, who was with her grandma and two other small children on a street corner. He then grabs her and wraps her in the blanket, running away. The girl’s grandma chased after them yelling, so people intervened and rescued the girl from him.

All of a sudden this man just picked up the little girl, wrapped her in a blanket and started running with her. He didn’t get far because a lot of people tried to grab him,” Fermin Bracero, who witnessed the events, said.

Later, police found Salcedo sleeping outside and booked him for attempted kidnapping. He smiled for media cameras as he was led away in cuffs.

Clique, can you believe how brazen this act was?