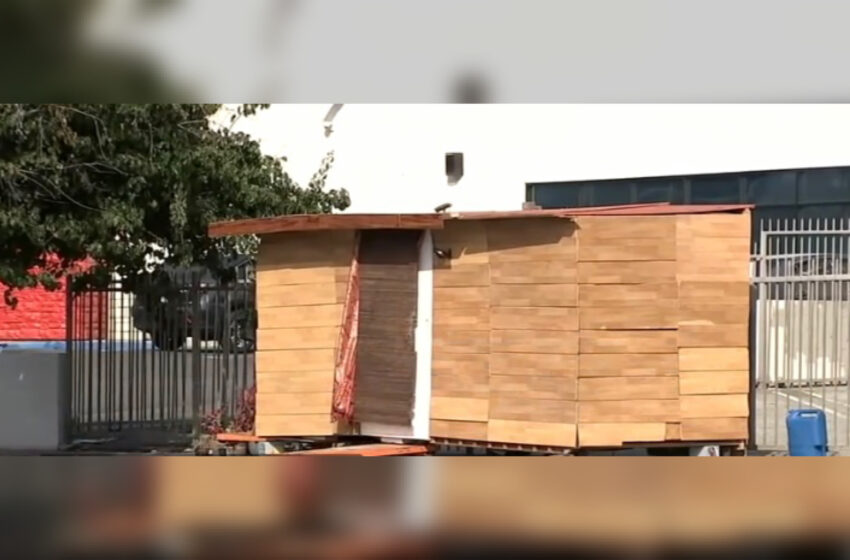 As homelessness continues to be an ongoing issue in Los Angeles, one homeless man decided to build his own home out of wood after the city asked him to take down his tent, NY Post reports.

The man, who goes by

told Fox News, Los Angeles, that he built his home out of used wood he found at construction sites and with the help of friends. Q, who is also an Army veteran, said he was offered temporary housing from the city but turned it down because he doesn’t like staying at hotels.

The home is transportable as it is being held up by wheels, metal carts, and batteries with potted plants and a tapestry on the outside, to give it that extra homely feel.

“I feel like I’m, you know, kind of being an example for people that’s in my situation. Letting them know that just because you are living on the streets doesn’t mean that you have to just let go of everything.”

Fox News contacted the Los Angeles Police Department and city leaders about the makeshift home. Police told Fox that as long as the home isn’t blocking a sidewalk, active driveway, or business they don’t see any issues. One local coffee shop owner told the station,

“He hasn’t bothered anyone, and honestly I’m glad that it’s right there because I honestly feel safer with him there. It feels like he knows what he’s doing, and he’s not here to hurt anyone.”