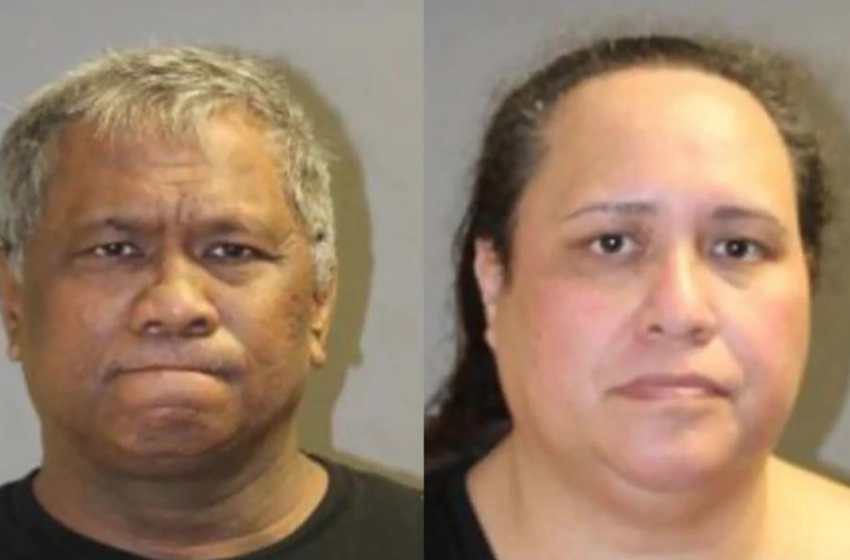 A Hawaii couple has been arrested after being suspected of murdering their adopted daughter, who was merely 6 years old, per court documents. According to the New York Post, at night, the young girl was locked in a dog cage in a bathroom by the couple. The shocking details were revealed to investigating officers by the young girl’s biological sister

had gone missing from their home. However, Isabella’s sister told detectives that she

“was in the bathroom in a dog cage, duct tape on her mouth and nose, and she didn’t wake up,”

per arrest affidavits. The court documents say that the sister admitted that she knows Isabella is

“dead because she was there.”

The court document went on to say,

“Lehua then filled the bathtub with water and put (Isabella) in it to see if she would wake up, but it did not work.”

Isabella’s sister continued to admit that she had to help carry her sister to their room.

The affidavit said, officials, retrieved surveillance footage from September 13, which was the day the young girl was reported missing. The footage shows Isabella was last seen on August 18.

“At the onset, there was a lot of questions Some things just weren’t adding up for us in the last week to ten days some evidence has come to light.”

It isn’t clear how the 6-year-old died; however, officials say the evidence directs to the couple, and

Isabella’s body has not been found as of yet.