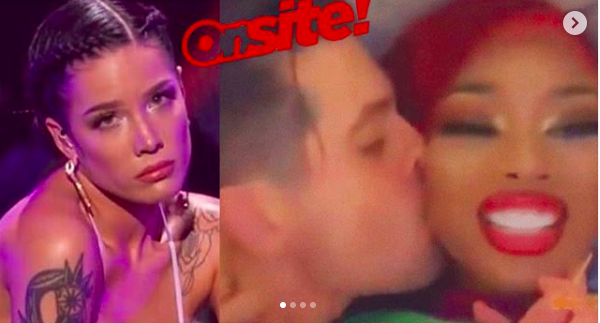 Over the weekend videos surfaced of G Eazy and Megan linking up at the club in Miami and the “No Limit” rapper looked like he was feeling the Stallion! They were spotted together again the next night and even uploaded a video of G kissing all over Meg! Then the Oakland native took things a step further by posting a picture of Meg to his IG page with four blue hearts as the caption.

Of course, it didn’t take too long for trolls to start flooding G Eazy’s ex Halsey with negative and shady comments and his seemingly newfound love. But Halsey clapped back by praying that they “never have to experience an abusive relationship.” #AndIOop

It looks like Halsey ain’t checking for her “abusive” ex. Do you think G Eazy and Meg make a cute couple?