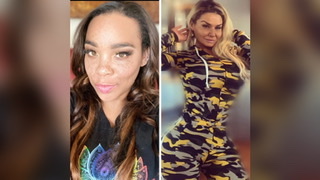 The drama between Growing Up Hip Hop’s Briana Latrise and Madina Milana just got interesting.

During the mid-season finale, while Briana was getting into with Pepa and Treach, Madina Milana hopped in and tried to attack her friend.

After the episode aired, Briana went on Instagram live and dragged Madina. Briana said she was old as f**k & a washed-up stripper.

Madina responded by posting a photo on her Instagram with the caption,

”Somebody tell that lil bih Briana here I come.”