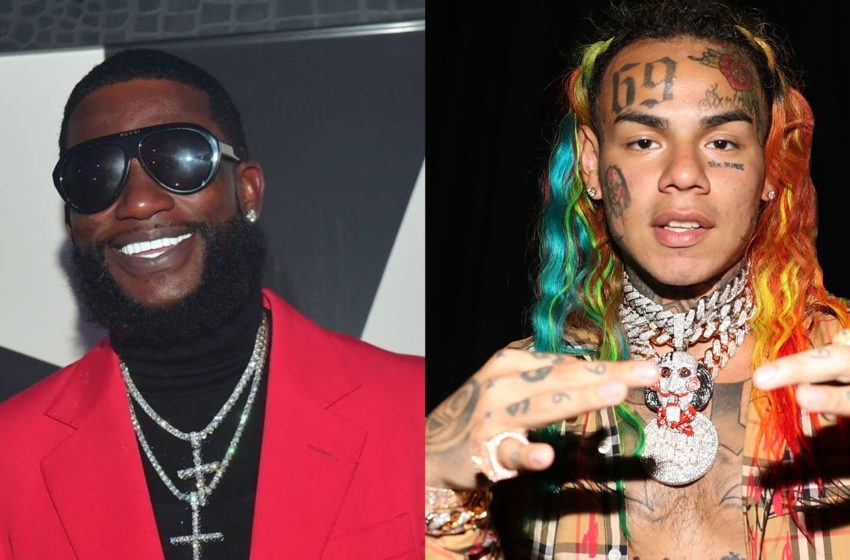 Gucci Mane took to Instagram today, calling for the release of Kodak Black but also throwing dirt on another undisclosed rapper all in the same caption.

The identity of the “rat” is left up for interpretation, and fans believe there’s one very strong possibility: rapper turned snitch, 6ix9ine.

“Free Kodak and f**k the [rat],” Gucci Mane wrote in the caption of a pic of himself and Kodak. The post was quickly deleted but not quick enough for fans to begin speculating who Gucci was referring to as a rat.

Of course, most fans immediately thought of Tekashi 69, who has openly been referred to as a rat in the last couple of years after snitching on the Nine Trey gang.

6ix9ine was given a shortened sentence for cooperating with police in his racketeering and firearms case and was recently released from prison on temporary conditions due to Coronavirus concerns.

Now WE won’t draw up any speculations, but who do y’all think Gucci Mane is calling a “rat” on Instagram?