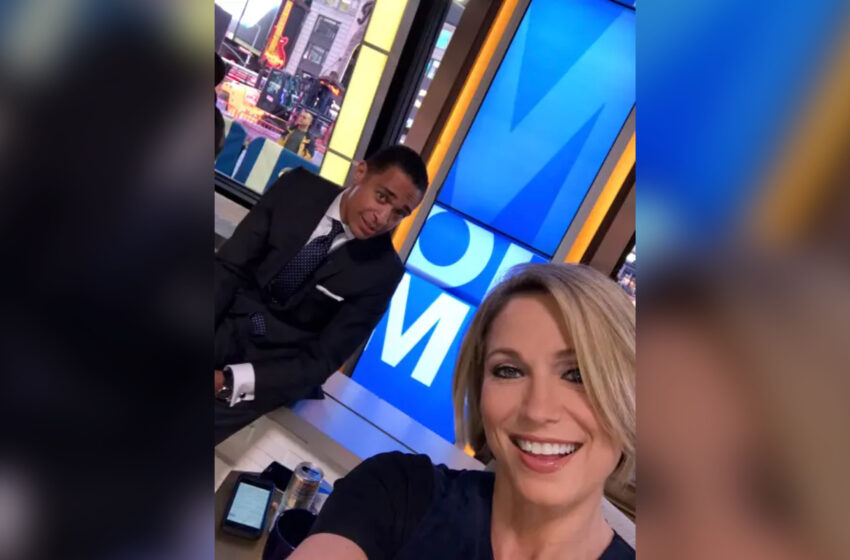 It looks like trouble in paradise has come quickly for GMA costars and lovers Amy Robach and TJ Holmes.  Sources told Radaronline that Robach had no knowledge of Holmes’s love affairs with other women within the ABC network.

Dailymail revealed that the pair carried out a secret love affair for 6 months before they were seen coupled up since their public split from their spouses. However, now Amy feels like the situation is

“blowing up in her face,”

The insider told The Sun that Robach feels like

after it was exposed that Holmes had affairs with multiple women at the network. According to a source close to the situation Holmes had relations with a 24-year-old intern, Jasmine Pettaway in 2015.

“It was Jasmin’s first real job in television, and it was a big deal for her. She was looking for a mentor, and she reached out to several people. T.J. was someone who was responsive, but he absolutely abused the position of trust,”

“had no idea the scope of T.J.’s alleged past office romances… She certainly did not foresee that their relationship was going to cause major upheaval — outside of her own marriage.”