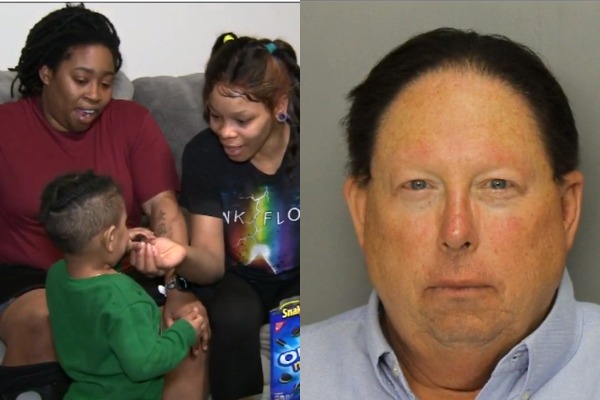 A white man in Marietta, Georgia is facing criminal charges after hitting another driver’s car and refusing to stop. But his reason why is almost as damaging as the accident.

The victims Asia Lewis and Kimberly Carter driving with their 1-year-old godson when Stephen Abbott hit their side view mirror and kept going. The ladies say as they signaled for him to pull over, he threatened them with a gun.

“He grabbed his gun and just put it on his dash like he was trying to scare us or something,” Lewis told a local news outlet.

The ladies say they had no intent to harm Abbott and only wanted his insurance information. However, on the 911 call Abbott made, he told the dispatcher:

“l don’t know who these people are. I have no idea what they’re doing, but I am not going to stop in traffic for two black people in a beat-up old car.”

Then he claims the ladies made disparaging remarks about his “family heritage.” Abbot was arrested soon after and charged with misdemeanor hit-and-run and pointing a gun. He has since been released on bond.