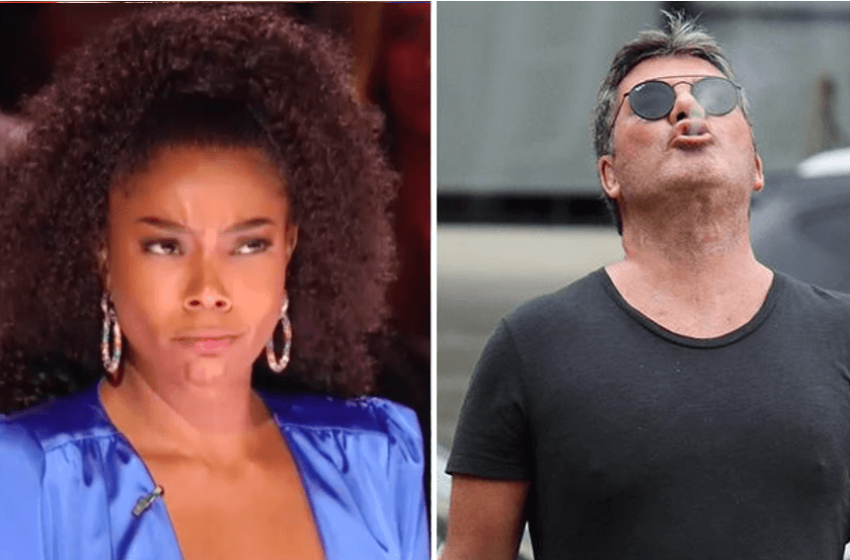 Gabrielle Union really isn’t going down without a fight. According to the Daily Mail, Union is lawyering up and preparing a lawsuit accusing Simon Cowell of ‘endangering her life’ by smoking on the set of Americas Got Talent.

The lawsuit reports come after Union was cut from the show last November after she alleged production staff told her that her hairstyle and clothes were ‘too black’.

Union also claimed that the work environment on the talent show was ‘toxic’. Sources close to Union say she has settled her dispute with America’s NBC network and Syco, Cowell’s entertainment empire, over her departure.

But she reportedly is still upset that Cowell exposed her to the dangers of his smoking habit and is planning the new lawsuit against him personally.

An insider told The Mail on Sunday: ‘Gabrielle was always cross that Simon would smoke when the cameras weren’t running. ‘For her, this is a big deal. She believes his smoking has put her life in danger. It can cause cancer and she doesn’t think she deserves to have been at risk when she was at work. This lawsuit will be sent to Simon at any moment. She is determined to see this one through.’

Y’all think Gabby is being petty or is this a valid reason to sue?