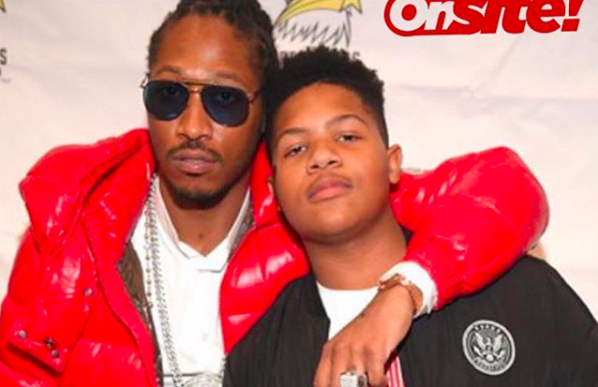 We’re used to reporting on Future’s alleged baby mamas, but this time it’s more serious. According to Bossip, the rapper’s oldest son has been implicated in a massive gang roundup and is now facing gun charges and serious prison time.

The “altered ID of a firearm” charge was issued after Jakobi was allegedly found in possession of a gun with the serial numbers scratched off. Despite Jakobi still being a teenager, Georgia state law considers 17-year-olds as adults, and if he’s convicted, he faces five to 20 years in prison on the gang activity charge alone.

The teen hasn’t posted to his Instagram page since the day before his arrest last month. Despite his father’s success, Jakobi is listed as being “indigent” and having a public defender in the case. But, according to Bossip, it’s because the courts looked at the teen’s income, and not Future’s.

Send your prayers to Future and his son Jakobi y’all ??