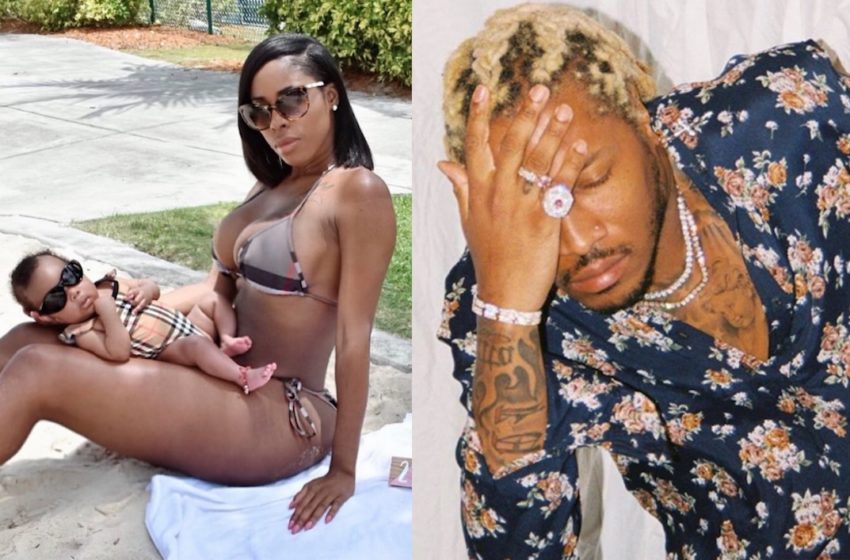 Rapper Future is trying his hardest to keep his paternity case with Eliza Reign out of media headlines.

According to Bossip, the “Life is Good” rapper recently asked a Florida family court judge to not force him to have to turn over his financial records that were requested by his alleged baby mama Eliza Reign.

Eliza is seeking $53,754 a month in child support for her daughter that Future still hasn’t taken a paternity test for. Future’s court papers were filed last week and he begs the judge to let him avoid releasing his financial records or taking a paternity test because if they became public it would cause “material injury and irreparable harm,”.

Future’s lawyer accuses Eliza and her legal team of leaking details of their case to the media. Future now feels that if he releases his financial information or takes a paternity test, it would be also be leaked to the press.

They’re requesting for Future’s financial and paternity info to be sealed where only designated people to have access to it. The news comes as Reign’s lawyer demands over $50k a month in child support based on a Forbes article that said Future made $19.5 million a year. The attorney said Eliza also wants back child support for her daughter, who will be one next month.

Future’s legal team is trying to get the child support dropped to $450 a month over claims Eliza referred to her daughter as a “check baby”. A judge has yet to rule on either side.